It is more common to hear about the expansion of empires than about their defeats. The colonial discourse works that way, trying to erase resistance and emphasising triumph. Yet, there are many cases of rebellion against colonial rule. The Reche-Mapuche (‘Araucanian’) resistance against the Spanish Empire is definitely one of the most successful ones: the Spanish Crown recognised the unique Reche-Mapuche land ownership in 1641. From then onwards, the Bío-Bío River was established as the frontiers between the Spanish colonial territories and the ‘País de los Indios’ (Indian country).

The Reche’s resistance was feared by many Spanish experienced captains. The war against the Indigenous communities in central-southern Chile was indeed so unpopular, that a worried Viceroy of Peru wrote a letter in 1590 to Philip II informing him that soldiers preferred to be sent to the galleys than to serve in Chile. The situation got worst. In 1598 the toque Paillamachu led what was going to be the decisive Reche uprising against the Spaniards, which started with the Battle of Curalaba and lasted until 1604. The Reche killed the Spanish governor, destroyed the Spanish camps and burned all the Spanish cities south of the Bío-Bío River, forcing thousands of Spaniards and native allies to flee to Santiago.

– Bío-Bío frontier as seen from the city of Concepción (Author, 2018)

Chile was the entrance to the coveted Peru, and many other European powers wanted to win the Reche communities in the Araucania region against the Spaniards. Francis Drake – a Sir for the English and a pirate for the Spaniards – visited Chile in the late 16th century and was severely injured by the Reche when passing by the Mocha Island. The Dutch too wanted an alliance with the Reche to defeat the Spaniards, and they even built a small fort in Valdivia, but when they asked the Indigenous communities for gold, they were expelled.

Since Valdivia was agreed in the 1641 peace agreement to be part of the Spanish Empire, the Spanish authorities decided to take control of Valdivia harbour to protect the Viceroyalty of Peru. The Valdivia area was thus heavily militarised, becoming the most important defensive system of the South Pacific. Ten colonial forts, batteries and castles were established in the coastal region, ranging between 0.01-0.1 hectares and 0.2-3.5 hectares in extension. Pre-colonial ceramics recovered from the foundation level of different forts indicate that fortifications were built on top of native sites.

Chile, however, remained one of the poorest colonial regions within the Americas, precisely due to the continuous war against and later resistance of the Reche, and all the resources lost in the fight and in establishing diplomatic relations. The relationship between Indigenous and Spanish colonial communities in the southern American frontier was in fact very ambivalent. Colonial authorities had Valdivia under their jurisdiction but were dependent on Indigenous communities for the maintenance of their everyday life – more than 70% of the ceramics recovered from the Castillo de Niebla (Castle of Niebla) is hand-made in the traditional Reche style, and the same is true for the rest of the fortifications.

What is the meaning of this? Colonists needed to accommodate their lives and practices to Reche’s ways and not the other way around. In fact, Southern Chile was a continuous frontier intended to be under the control of the Spanish authorities, yet never managed. 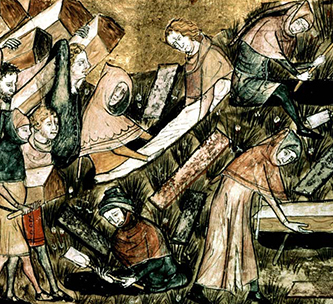 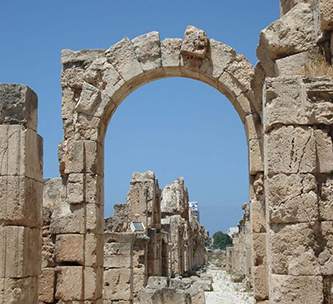